For 6 months we have been diving different versions of the Symbiosis.  It has been fun. The Symbiosis system is not like any other flashes. It is a combination of both a fast and powerful flash – and a really good video light.

Combining flash and imaging light
We instantly saw the idea of bringing 2 types of light into one unit, as most cameras today, do equally good video and photography. But would it work as intended?

We went to the lab and did a comparison spec review, where we took the Symbiosis SS-2 and compared them to the popular “Inon Z-240 Type 4”, and the “Sea & Sea YS-D2”. We gathered the results in a spreadsheet for your convenience. (the SS-1 has later been discontinued and the light head is std. 4000 lumen)

We took the units underwater and did video and photos with the Symbiosis System. You can see these further down on this page.

The power/effect of a flash is defined by the “Guide Number”.
Looking at the specs only, the SS-2 and the YS-D2 are the most powerful units with a guide number of 32. The other two units (Z-240 and SS-1) has a Guide Number of 24.

Measured with a flash meter from a distance of 150cm the difference in the power of the flashes turned out to be very accurate. The SS-2 turned out to be 3/10 f:stop more powerful than the YS-D2 – when measured directly towards the flash.

But it is also important how the reflector forms the light.

No point in having a powerful flash, that is only powerful in the middle of the beam. So we measured the power at an angle of 45°. (150cm to the right from the first measure point). All the flashes lost an average of two f:stops on that distance. The SS-2 lost the most with 2,3 stops – where the Inon lost only 1,6 steps.

It is not totally fair to make a conclusion based on just those 2 measure points, but it seems that the Inon has the most even beam – though it is hardly possible to see the difference when diving.

We were actually not able to measure the recycle time. So we had to retrieve the numbers from the manufacturers specifications.
The recycle time is an important factor for some uw photographers. Particularly macro photographers like to make rapid flashes when they do critter shooting. As macro shooting always happens very close to the subject, the Guide Numbers does not need to be extremely high. (some shooters will claim that it is important always to use the highest f:stop, to get the most depth of field (DoF). However, for creative purposes a large DoF is not always needed) 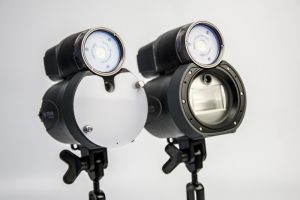 According to manufacturer spec, there angle coverage of the units are similar.

To increase the coverage of a flash beam, a diffuser can be used.

The Z-240 and the YS-D2 has 2 diffusers. They are thin and give 100” and 120” degrees of coverage. Don´t forget that the diffusor reduce the intensity of the light.

The Symbiosis also has a diffuser that is a thinner diffuser and is flat and it only reduced the output light with about 1/2 EV. It also has a dome diffusor that is an optional purchase. This will give a much more spread out light that is useful when you want to reduce black shadows in your image.

The Sea & Sea and the Symbiosis lights have a double flash bulb that is placed horizontally. The Inon has 2 bulbs, one go vertical and the other horizontal. This gives the Inon a beam with a slightly taller coverage. But given the fact, that cameras are mostly used horizontally, it is not a big advantage.

This is where the Symbiosis really stands out. 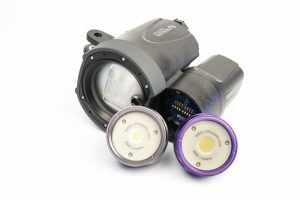 All Symbiosis LED light now have the 4000 lumen head which is double power than the original 2000 lumen head.[/caption]

The Symbiosis are made for LED light usage – the Sea & Sea and Inon are not.

The Symbiosis light heads, are in fact Venom lights, that is one of i-Divesite’s proven and very popular lights.

Not only is it possible to remove the light head from the Symbiosis and upgrade it with a more powerful head – it is also possible to get an adaptor and use the lighthead and the battery together as one stand-alone imaging light, should you need a compact system on one of your dives. 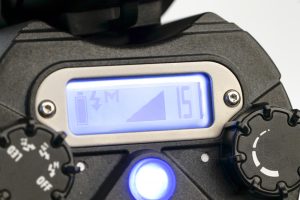 The more steps a flash can do, the more detailed the exposure can be. This is great when you need do creative shots. But too many steps can also be confusing. Particularly if the buttons are small.

The SS-2 has more steps (15 steps) than all of the other flashes, but it has an well sized LCD window at the back and large buttons. So it´s easy to set a precise power setting.

Many underwater photographers use TTL. (Through The Lens light measuring). TTL can be great to use when you need help with the exposure… but not always… personally I have not used TTL for more than 20 years. With the high light contrast of the modern camera chip – and with the LCD screen on every camera around, the lack of TTL is not a deal breaker for me.The two Japanese flashes support TTL, the Symbiosis does not. Instead it has a LEARN function where you make a preflash. The camera will learn from that result and measure according to that.

It works well… but read the manual! 😉 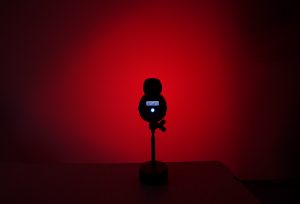 Because the Symbiosis has a large LED light head, it beats the two others by far.

It has both Red and White light and at multiple levels…

One could say that the focus light do not come from the same angle as the flash glimpse. But this is not of any importance as they don’t have the same beam. This goes for all other flashes as well, by the way. 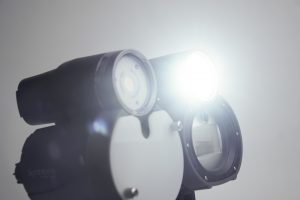 “Fill in light” is an interesting feature that only the Symbiosis SS-2 has. It is basically a setting where the focus light remains turned on after the flash ignites.

With a long shutter speed it is then possible to first freeze a motion with the flash and then create an effect with the LED light. (confused?) 😉 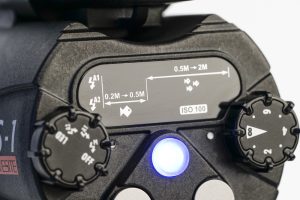 Symbiosis SS-2 will do approx. 550 exposures. almost twice as many as the other flashes. 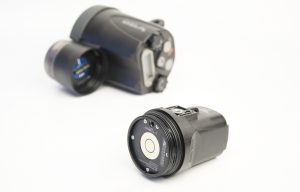 The Symbiosis uses a battery pack. Hence that the Symbiosis has a lot more power and weigh a bit more. The others use “4xAA”. 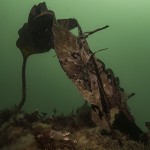 Symbiosis will do 60 meters. More than enough for most divers 😉

There is a “test button” on the Symbiosis. It was helpful during the specs testing we did. But else than that, it is mostly used when making settings on the SS unit. 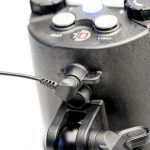 The SS is very sensible. The slave function can easily be triggered by other light sources, when it is used without the fiber optic cable from the camera housing.

In the spring of 2016 we went diving to test the units under water. The units performed very satisfying. I have then used them ever since, both in icy waters and at the tropics and both the flash and the LED light.

If you have a question regarding the Symbiosis system use the comments below.

Get the Symbiosis NOW

Order the SS-2 on FOTOGRAFIT.eu 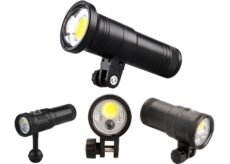 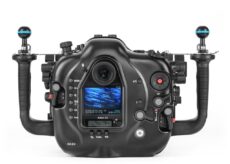 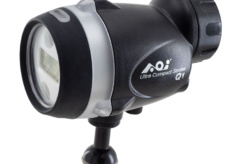